Are you visiting us at the NEC Classic Motor Show in November? If so if you book in advance for parking this year it can cost you less! Park at the NEC for £12 (£16 on the day) Book in advance at: www.thenec.co.uk/visitors/parking NEW special rate at the NCP Car Park 5 at Birmingham airport, park from 8am – 7.30pm for just £9. This Event Special must be booked in advance entering the code Classic19 at: www.ncp.co.uk/prebook    Remember you can get discounted tickets by quoting the code on the flyer on the Events Page listing. … END_OF_DOCUMENT_TOKEN_TO_BE_REPLACED 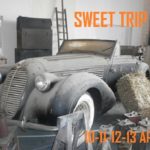 Booking for the next Sweet Trip in 2020, organised by Dominique from Ledorga taking place from 10th to 13 April 2019 in Valenciennes, France are now open. The tour is now full but a waiting list in in place for any spaces that may appear. For the programme in english, dutch and french please go to Ledorga website www.ledorga.fr … END_OF_DOCUMENT_TOKEN_TO_BE_REPLACED

Advertisement Manager The GCCG is looking for someone to take on the role of advertisement manager. For many years Chairman Brian Palmer has built up this role informally so that your favourite quarterly magazine Big End Journal is now largely financed through advertising - which in turn has kept your annual subscription low and at the same modest level for nearly fifteen years. Previous experience is not necessary - though if you have some background in ad sales, this would make you an ideal candidate. You will need the organisational ability to contact potential advertisers and maintain existing levels of income. You will need to monitor renewal points with existing advertisers and keep records. You will need to advise key committee members and remind/chase advertisers each quarter of any changes they may require to ad copy. Keeping to the editor’s publishing deadlines is vital. Currently trade advertising is limited to full and half pages for simplicity and to maintain the look of editorial - some limited member advertising is allowed at the discretion of the editor. The Treasurer deals with all invoicing of advertising partners. If you think you have got what it takes please contact Brian Palmer for further information at chair@gccg.org.uk  … END_OF_DOCUMENT_TOKEN_TO_BE_REPLACED

We are currently looking for someone to take on the role of Area Organiser Liaison following Sam Whale stepping down. We'd like to thank Sam for all his work during his time in the post. This committee role encompasses: Representing AOs on the committee and organise the yearly AO conference Co-ordinating new event proposals and funding considerations To advise, support and undertake ad hoc tasks Taking part in sub Committees as required If you are interested in finding out more please contact the our Chair, Brian Palmer who will be happy to discuss the scope of the position in more detail. … END_OF_DOCUMENT_TOKEN_TO_BE_REPLACED

The GCCG is once again attending one of the largest Classic Car Shows in the country this November. Discount tickets area available to members by using our unique club code.  Please visit the events page (you will need to be logged in) to access the code and booking details - if booked by midnight on 7th November  … END_OF_DOCUMENT_TOKEN_TO_BE_REPLACED 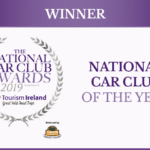 The GCCG is extremely proud to have been announced as the National Car Club of the Year. The prestigious National Car Club of the Year is presented in association with Tourism Ireland, supported by Classic Car Weekly and endorsed by the Federation of British Historic Vehicle Clubs. The National Car Club Awards celebrate, recognise and honour the achievements of the nation’s car clubs, the enthusiastic people who run them and the remarkable cars they preserve and cherish. The GCCG had stiff competition from: BMW Car Club GB, GT40 Enthusiasts Club, Maestro & Montego Owners Club, National Street Rod Association, and the The Rover Sports Register. This historic achievement comes at the end of the 30thanniversary celebrations last year and sets us on course for another historic year. GCCG Chairman Brian Palmer said, “This accolade follows the 30th Anniversary of the founding of the Gay Classic Car Group. So we are especially delighted that our club has been recognised by such a prestigious award.” Club representatives Alan Webb Moore (also shortlisted for club ambassador award), Mark Wells (who tirelessly spent many late nights filling the required forms for nominations), his partner Malcolm and other GCCG members attended the awards ceremony during the NEC Classic Restoration Show. The GCCG also got an honorary mention for live action on their stand. The GCCG made the shortlist in: Unsung Hero (Simon Legge) Club Ambassador of the Year (Alan … END_OF_DOCUMENT_TOKEN_TO_BE_REPLACED 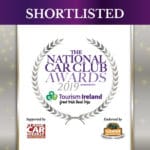 We are delighted to be featured as Lancaster Insurance's Club of the Month for March 2019. Please follow the link to their website - www.lancasterinsurance.co.uk/news/2019/february/26/club-of-the-month-–-the-gay-classic-car-group/ … END_OF_DOCUMENT_TOKEN_TO_BE_REPLACED

The 2019 AGM will be held in the House at the Shuttleworth Collection near Biggleswade, Bedfordshire SG18 9EA on Sunday 17 March 2019 at 1 p.m.  See the notice under the 'Documents' tab to find the agenda, papers and a map of the site.  Put the date in your diary - with free access to the Collection of historic aircraft, cars and machinery  as well as the chance to meet friends and hear about what's been happening in the club, it should be a good day out. We look forward to seeing you. … END_OF_DOCUMENT_TOKEN_TO_BE_REPLACED 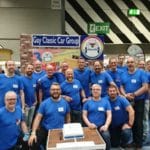 Many thanks to all those members who volunteered their time, cars and assistance at the NEC Classic Motor Show in November. Once again we had an amazing turn out of cars ranging from 1936 to 1999. While we didn't win an award we did win an 'Honourable Mention' in the section for 'Most Interesting Selection of Vehicles'. A selection of photos from the show are available by visiting: www.gccg.org.uk/nec-classic-motor-show-2018/ … END_OF_DOCUMENT_TOKEN_TO_BE_REPLACED

Warning: Use of undefined constant CHILD_DOMAIN - assumed 'CHILD_DOMAIN' (this will throw an Error in a future version of PHP) in /home/gccg2007/49AL6TSY/htdocs/wp-content/themes/gccgroup/functions.php on line 89