Due to the current government advised lockdown our regular monthly social/pub meets are not taking place. Many areas are holding 'virtual' meets.  Please check the events calendar, check your All Torque emails or contact your local Area Organiser for more details. … END_OF_DOCUMENT_TOKEN_TO_BE_REPLACED

We are scheduling a number of quizzes on our Quizzes Page over the next few weeks - a new one will go live each Saturday and Wednesday at 19:00. Ideal for playing along during lockdown or on one of our virtual pub meets. … END_OF_DOCUMENT_TOKEN_TO_BE_REPLACED

Our first 'Scrubbers Weekend' is due to take place this weekend (9th-10th May).  Post your pictures and car cleaning tips using #gccggleam Find out more on the Scrubbers Weekend Page … END_OF_DOCUMENT_TOKEN_TO_BE_REPLACED

We are in the process of adding a number of quizzes to the website so you can play along during one of our 'virtual pub meets' or just against yourself during this lockdown period. Visit the Quizzes page to see more. … END_OF_DOCUMENT_TOKEN_TO_BE_REPLACED

This weekend we were due to be attending the Practical Classics Classic Car and Restoration Show held at the NEC. This event, along with many others has been cancelled on the advice of the UK Government due to the current Covid-19 outbreak.   The measures are necessary, but for many, the loss of many classic car events and the restrictions on socialising will hit hard. We all love using our cars, but often put off jobs to make them even better.  This is an ideal opportunity to get on-line, order those bits and get those little (or sometimes big niggles) sorted out.   This weekend (28th & 29th March) the GCCG will be hosting it’s first ever ‘Fix-It Weekend’.   Fix-It Weekend is a way we can keep our hobby alive as keeping physically safe and mentally sane. If you have a job you have been putting off, do it on fix-it weekend:   You can photograph your work (before and after) and share on Instagram, Twitter and Facebook with the tag #gccgfixit. If you have the equipment and software you can even make a short video and share it on social media with the tag #gccgfixit or send it to liaison@gccg.org.uk to feature it on our website. We will have a few people available so you can “phone a friend” or contact on one of the platforms like Skype, if you need a little guidance.   For full details visit: www.gccg.org.uk/fix-it-weekend   Twitter: @gccg. #gccgfixit   Instagram: @gccguk … END_OF_DOCUMENT_TOKEN_TO_BE_REPLACED

We are delighted to announce that Peter Geake was elected as Chair of the GCCG at the Annual General Meeting on 15 March 2020. The meeting took place at the STEAM museum in Swindon with some 32 present including Committee members. We would like to thank all those who attended and contributed, particularly in the circumstances.   We were also pleased that Stephen Duxbury was elected to the Committee as All Torque Editor, to serve alongside existing members re-elected. The full Committee for 2020/21 is now: Peter Geake (Chair) Jeremy Lindon (Treasurer) David Birkett (Membership Secretary) Darren Mitcham (Press and Publicity) Tony Stokoe (Big End Journal Editor) Stephen Duxbury (All Torque Editor) Mark Wells (2023 Eurotour organiser) Rob Dewing (Webmaster) Iain Johncock (General Secretary). The AGM also approved the 2019 accounts, officer reports and heard from Area Organisers about activities around the country. The minutes will appear in due course. It is clear from Government advice issued on 16 March 2020 that social gatherings will have to be severely curtailed and this means GCCG events will be affected.  We will try to keep the website up to date with changes as they occur and inform members regularly in All Torque newsletters.   Iain Johncock GCCG General Secretary … END_OF_DOCUMENT_TOKEN_TO_BE_REPLACED 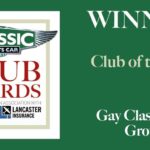 To add to our award of 'National Car Club of the Year' in march the GCCG has been named 'Club of the Year 2019' at the Classic & Sports Car Club Awards, in association with Lancaster Insurance, that took place on 9th November as part of the NEC Classic Motor Show. Full details can be found at: www.classicandsportscar.com/news/gay-classic-car-group-scoops-top-prize-csc-club-awards   … END_OF_DOCUMENT_TOKEN_TO_BE_REPLACED 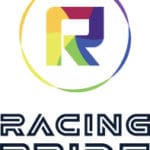 The GCCG has become a partner with Racing Pride. They will be joining us on our stand at the NEC Classic Motor Show on 8-10th November. Come along and find out more! Racing Pride is an innovative movement to positively promote LGBTQ+ inclusivity and to challenge negative stereotypes and misconceptions through the platform of motorsport. Racing Pride was developed alongside Stonewall UK and launched on 6th June 2019 as part of Pride month 2019.   Prior to Racing Pride there has been no concerted effort to raise visibility for LGBTQ+ participants within motorsport, whether they be drivers, mechanics, engineers, fans, or those in race support, official, or associated media roles. Through a network of driver ambassadors, commercial partners, and supporters from across the motorsport and automotive industries (drawing on allies as much as the LGBTQ+ community itself), Racing Pride intends to change this. Racing Pride’s vision is to draw attention to the successes of LGBTQ+ people within motorsport in all of its forms and to establish the visible role-models which have been lacking to date in order to inspire further participation and encourage understanding and acceptance. Visibility is often the first, crucial step towards true inclusion and Racing Pride has the potential to make a far-reaching impact not just within motorsport but also among its diverse fan-base and, therefore, in society as a whole.   For further information about Racing Pride or … END_OF_DOCUMENT_TOKEN_TO_BE_REPLACED Ledorga’s Rainbow Tour 2020 has been announced – booking opens early 2020 “Rainbow Tour in Haute Vienne & Dordogne from 3 to 10 october 2020. Write in your diary this dates.In the programme : Castles, wines, food, cars musem and other suprises. If you like drive in France, ths trip is for you!” Details including how to book will be available on Events Page when released. … END_OF_DOCUMENT_TOKEN_TO_BE_REPLACED

Booking has opened for the 2020 Eurotour taking place in Germany. For more details please visit the Event Page - www.gccg.org.uk/events/eurotour-2020 … END_OF_DOCUMENT_TOKEN_TO_BE_REPLACED